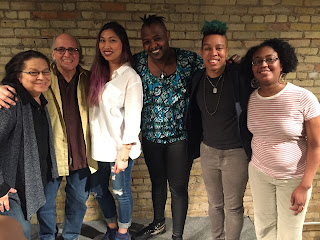 Last fall amid a panic attack and an episode of vertigo, I submitted an application to the Loft Literary Center to be considered for a 2017 Spoken Word Immersion Fellowship. The entire evening felt like riding a roller coaster with a sick stomach and it left me feeling as though the proposal was as terrible as the experience of getting my submission in.

To my utter amazement, the fellowship judges felt differently. My deep gratitude goes out to them (Sham-e-Ali Nayeem, Danez Smith, and Marisa Carr), as well as Bao Phi and all the folks at The Loft Literary Center that make this rare opportunity for spoken word artists possible. And what a privilege to be in the company of the other brilliant selected Fellows: Saymoukda Duangphouxay Vongsay, Diego Vazquez and Marcie Rendon, and #BlackTransMagick (J Mase III & Vita E.).
My project is focused on: 1) learning from communities making poetry and art accessible to people who are D/deaf and hard of hearing; 2) connecting with other poets w…
Post a Comment
Read more 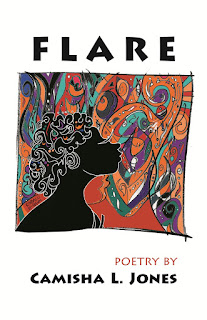 Good news! Finishing Line Press is publishing my chapbook, Flare, and today it is Chapbook of the Day! It is my first published collection of poems and some of the most vulnerable poems I've put out into the world. Flare is about the body in all its mystery, wonder, and struggle. It's about my experiences of hearing loss, chronic pain, and making peace with a body that often seems intent on being my greatest enemy. The poems were born out of grief, grappling with my own ableist beliefs, and coming to a new understanding of what it really means to be capable. This book is a way for me to break silence about pre-existing conditions and invisible disability, something I imagine will be even more important to continue doing with our country's current political climate.


I hope you'll consider welcoming Flare into your home. The book is available online now for pre-orders along with some very kind words describing it from Jennifer Bartlett, Danez Smith, and Sarah Browning. I&…
Post a Comment
Read more 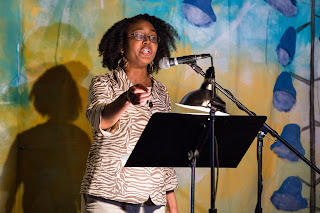 Over the last two years, I've been fortunate to have several poems published online. I am humbled each time I get a notice of acceptance. It is a privilege to be included in the following online publications:

Beltway Poetry Quarterly's Fall 2016 Slam issue includes Michelle Obama's Easter Dress Speaks and The Dolezal AffectThis August, Ode to the Chronically Ill Body was listed as number 4 among Split This Rock's 20 Most Viewed Poems in The Quarry. Check out all 20 poems at Split This Rock's blog!Also in August 2016, three of my poems reflecting on hearing loss and chronic illness were included in the inaugural issue of The Deaf Poets Society. You can read Accommodation, In/Ability, and Praise Song for the Body at their website. Typos' July 2016 issue (Issue 25), guest edited by Jennifer Bartlett, includes more poems reflecting on the body: On Having an Autoimmune Disease, Meniere's Flare, and Wrecking Ball. The entire issue is focused on disability & th…
Post a Comment
Read more

The Evidence (A Poem for Mike Brown)

A commentary on Mike Brown

August 31, 2014
I had the privilege of having an opinion piece posted by Other Words about Mike Brown. Thankful to all who feel my words are worth re-posting.  Click here to read what I wrote.
Post a Comment
Read more

My Two Cents on Trayvon

A collective outrage in our country has been sparked by the killing of 17 year old Trayvon Martin in Sanford, Florida.I understand the outrage.My stomach is sickened even now as I recall the recording of a 911 call that captured Trayvon crying “Help” prior to Zimmerman pulling the trigger.It is an outrage that a teen has been killed and no arrest has been made, despite how obvious the evidence seems to be.
It doesn’t help that this is not the first time a young brown boy has been killed in such a tragic manner or the first time a person of color has committed a “hate crime” against another person of color.
Signing petitions doesn’t seem enough.Putting on a hoodie doesn’t seem enough either.In fact, it just deepens my grief over Trayvon’s death.Even though I want justice in the situation, I haven’t gone to any of the vigils or events.I think it’s because all anyone seems to be demanding is the arrest of Zimmerman.I bel…
2 comments
Read more

August 17, 2011
It's been a while since I posted anything.  I have become a freelance writer for Urban Views Weekly.  Within that position, I've been able to listen to and highlight the transformational stories of people and organizations in Richmond, Virginia.  Here are the cover stories I've written thus far:

Young writers sharing their words at national poetry competition
I've had the privilege of interacting with this group of poets for a little over a year.  They embody what it means to courageously stand within and speak your life's truth.

VCU Professor uses theater to heal racism
Theatre is a powerful tool for engaging people in difficult discussions of difference.  I loved hearing the wisdom and journey of Dr. Tawnya Pettiford-Waites.

Tammy Hawley: From Clerical Help To Press Secretary to the Mayor
Life can be a surprising adventure when you live within what you're most passionate about.  Talking to Tammy Hawley inspired me to consider what doors might open for me if I fo…
2 comments
Read more
More posts

Camisha Jones is available to provide services that align with her mission to create and harvest transformative learning moments that encourage greater personal awareness, spiritual development, and understanding between culturally different groups. She is able to design and lead workshops, dialogue circles, interactive activities, book discussions and theatrical performances of various lengths. For more information: thevisionwriter@gmail.com